Since its creation in 1863, the ICRC’s sole objective has been to ensure protection and assistance for victims of armed conflict and strife. Its story is about the development of humanitarian action, the Geneva Conventions and the Red Cross and Red Crescent Movement.

Since its creation in 1863, the ICRC’s sole objective has been to ensure protection and assistance for victims of armed conflict and strife. Its story is about the development of humanitarian action, the Geneva Conventions and the Red Cross and Red Crescent Movement.

During a business trip in 1859, Henry Dunant was witness to the aftermath of the Battle of Solferino in modern-day Italy. Dunant arrived in Solferino on the evening of 24 June 1859, on the same day a battle between the two sides had occurred nearby. Twenty-three thousand wounded, dying and dead remained on the battlefield, and there appeared to be little attempt to provide care. Shocked, Dunant himself took the initiative to organize the civilian population, especially the women and girls, to provide assistance to the injured and sick soldiers. They lacked sufficient materials and supplies, and Dunant himself organized the purchase of needed materials and helped erect makeshift hospitals. He convinced the population to service the wounded without regard to their side in the conflict as per the slogan “Tutti fratelli” (All are brothers) coined by the women of nearby city Castiglione delle Stiviere. He also succeeded in gaining the release of Austrian doctors captured by the French. He recorded his memories and experiences in the book A Memory of Solferino which inspired the creation of the International Committee of the Red Cross (ICRC) in 1863.

The Public Welfare Committee in his home town of Geneva took his ideas up and formed a working group (the embryo ICRC, with Dunant as secretary), which first met in February 1863. The following October, an international conference was convened, to formalize the concept of national societies.

In August 1864, delegates from a dozen countries adopted the first Geneva Convention, which put a legal framework around the concept and made it compulsory for armies to care for all wounded soldiers, whatever side they were on.

Dunant’s ideas found a positive response among leaders and benefactors, welfare groups and the public. In the following years, national societies were established throughout Europe. The Geneva Convention was later adapted to include wounded, sick and shipwrecked in warfare at sea, and governments adopted other laws (such as the Hague Conventions) to protect war victims.

By the end of the 19th century, Henry Dunant – whose vision had helped start the whole process – was living in obscurity in a Swiss mountain village; his business failures had forced him to withdraw from Geneva and from an active role in the Red Cross. But in 1901 he became the first recipient, along with the French pacifist, Frédéric Passy, of the Nobel peace prize.

Dunant died in 1910. By then, in Europe, North and South America, Asia and Africa, the Red Cross and the Geneva Conventions had taken root. 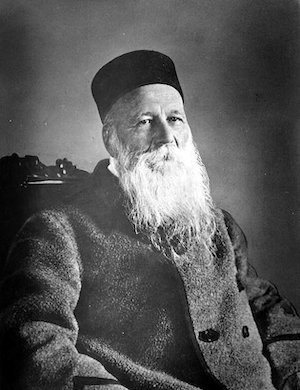