On the 13 November 1905 the patent of the turbocharger’s principle was granted to Alfred Büchi, a swiss engineer, and on the 16 November 1905 he received another patent for its application to internal combustion engines. 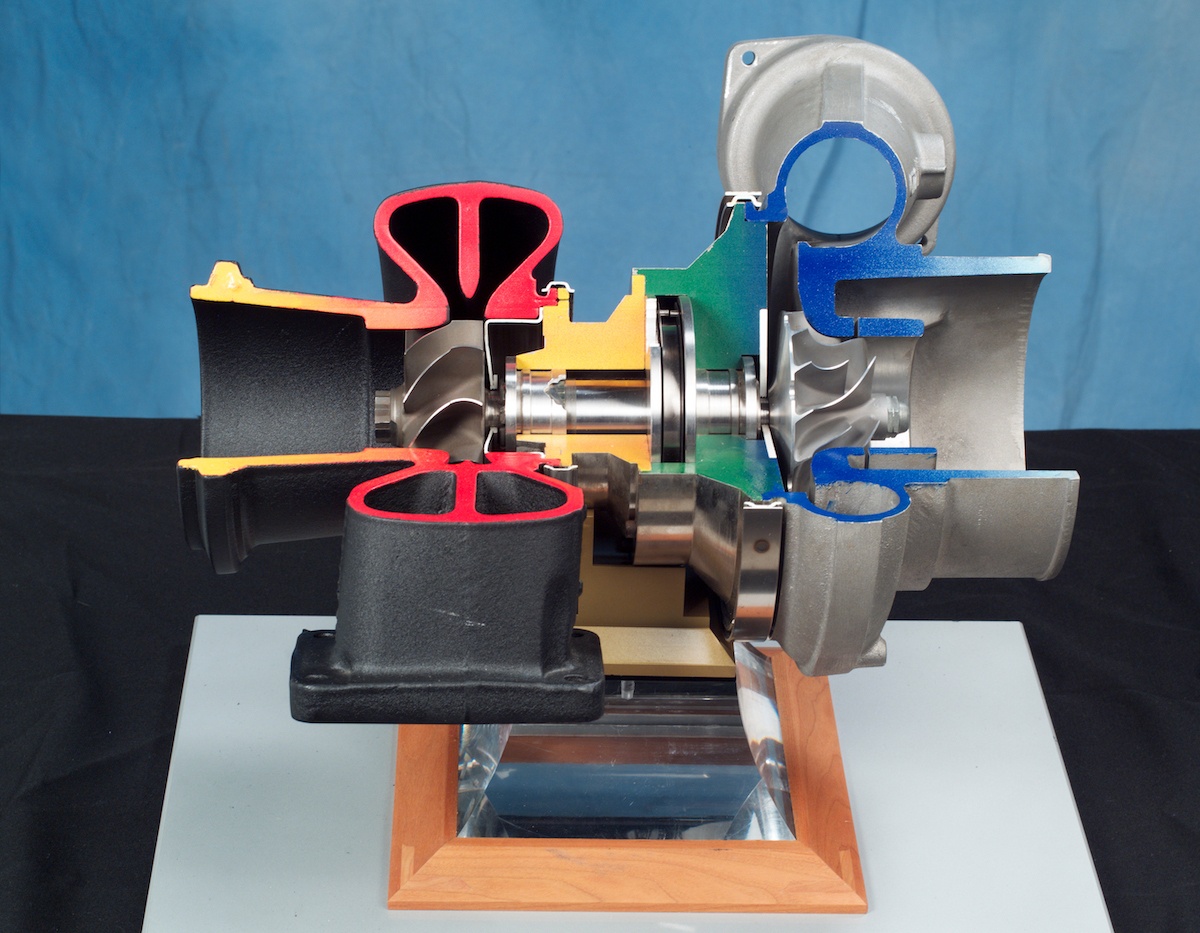 A turbocharger, colloquially known as a turbo, is a turbine-driven forced induction device that increases an internal combustion engine’s efficiency and power output by forcing extra compressed air into the combustion chamber. Forced induction dates from the late 19th century, when Gottlieb Daimler patented the technique of using a gear-driven pump to force air into an internal combustion engine in 1885. In 1902 Louis Renault patented another technique of forced induction based on fan or compressor, which he used in competition, but it is not yet defined as turbocharger.

On the 13 November 1905 the patent of the turbocharger’s principle was granted to Alfred Büchi, a swiss engineer, and on the 16 November 1905 he received another patent for its application to internal combustion engines.

In naturally aspirated piston engines, intake gases are drawn or “pushed” into the engine by atmospheric pressure filling the volumetric void caused by the downward stroke of the piston (which creates a low-pressure area), similar to drawing liquid using a syringe. The amount of air actually inspired, compared with the theoretical amount if the engine could maintain atmospheric pressure, is called volumetric efficiency. The objective of a turbocharger is to improve an engine’s volumetric efficiency by increasing density of the intake gas (usually air) allowing more power per engine cycle.

The turbocharger’s compressor draws in ambient air and compresses it before it enters into the intake manifold at increased pressure. This results in a greater mass of air entering the cylinders on each intake stroke. The power needed to spin the centrifugal compressor is derived from the kinetic energy of the engine’s exhaust gases. Before compressed air enters the cylinders, it may go through an intercooler to be cooled down. Compressing a gas increases its temperature, higher temperature decreases the density and therefore the number of molecules it contains, reducing the efficiency of the turbocharger. Another reason for cooling down the compressed air is that the efficiency of an engine depends partially on the temperature difference between the air entering the system and the exhaust gas.

The turbocharged gained a lot of success during WWII when it was used to allow aeroplanes running on piton engines to fly at high altitudes. As air density decreases with altitude, naturally-aspirated engines would lose efficiency or even stop running above 3000 to 4000 m. Forced induction engines a very popular in race cars. In formula 1 it was heavily used from 1977 with Renault winning many races until it was banned in 1989. Turbocharged engines returned to F1 competition in 2014 with a V6 1600cm3engine.

Alfred Büchi was a Swiss engineer and inventorborn July 11, 1879 in Winterthur, Switzerland. In 1899 he enrolled as a machine engineering student at Federal Polytechnic Institute (ETH) in Zürich, receiving a degree in 1903. From there he practised engineering in Belgium and England before returning to Switzerland (Wetzikon) in 1908.