Cellophane was invented in 1908 by Swiss chemist Jacques E. Brandenberger. Inspired by seeing a wine spill on a restaurant’s tablecloth, he decided to create a cloth that could repel liquids rather than absorb them. In 1912 he built a machine to manufacture the film called Cellophane, from cellulose and diaphane (the French word for transparent). 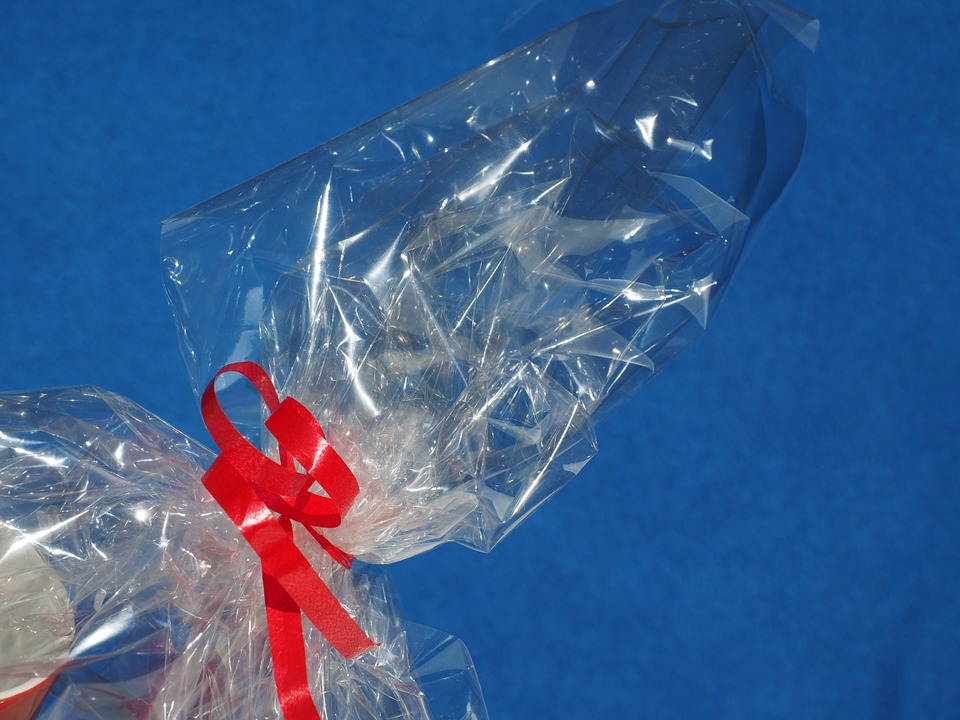 Cellophane was invented in 1908 by Swiss chemist Jacques E. Brandenberger. Inspired by seeing a wine spill on a restaurant’s tablecloth, he decided to create a cloth that could repel liquids rather than absorb them. In 1912 he built a machine to manufacture the film called Cellophane, from cellulose and diaphane (the French word for transparent).

Although Cellophane sales had been in decline since the 1960’s, there has been a recent renaissance because, unlike most plastics, Cellophane is 100% biodegradable.

Cellophaneis a polymeric cellulose film made from the cellulose of wood, cotton or hemp. The raw material of choice is called dissolving pulp, which is white like cotton and contains 92–98% cellulose. The cellulose is dissolved in an alkali in a process called mercerization. It is aged several days and then treated with carbon disulphide to make an orange solution called viscose, or cellulose xanthate. The viscose solution is then extruded through a slit into a bath of dilute sulphuric acid and sodium sulphate to reconvert the viscose into cellulose. The film is then passed through several more baths, one to remove sulphur, one to bleach the film, and one to add glycerin to prevent the film from becoming brittle.  The approximate chemical structures are shown below.

Cellulose film has been manufactured continuously since the mid-1930s and is still used today. As well as packaging a variety of food items, there are also industrial applications, such as a base for Sellotape and Scotch Tape, battery membranes, dialysis tubes, a release agent in the manufacture of fibreglass and rubber products and as for packaging cigars.

Cellophane sales had been on the decline since the 1960s, due to alternative packaging options, however, cellophane itself is 100% biodegradable, and that has increased its popularity as a food wrapping.

Jacques Brandenberger was born in Zurich in 1872. He graduated from the University of Bern in 1895. In 1908 Brandenberger invented cellophane. Made from wood cellulose, cellophane was intended as a coating to make cloth more resistant to staining. After several years of further research and refinements he began production of cellophane in 1920 marketing it for industrial purposes. He sold the US rights to DuPont in 1923.In 1937, he earned the Cresson medal of The Franklin Institute for creating a process for manufacturing Cellophane.

The Stiftung Dr. J.E. Brandenberger awards an annual prize of Fr. 200’000 to Swiss nationals who have significantly helped mankind.

These are cookies which are needed for some enhancements but are not necessary for the website to function. These are specifically used to collect a visitor\'s personal data via analytics, ads and other embedded content. It is mandatory to procure user consent prior to running these cookies on your website.