In 1905, Albert Einstein determined that the laws of physics are identical for all non-accelerating observers, and that the speed of light in a vacuum is independent of the motion of all observers. This is referred to as the Special Theory of Relativity. It introduced a new framework for all of physics and proposed an interweaving of space and time into spacetime. A building block of his theory is that of mass-energy equivalence, defined by the most famous equation in physics, E=mc2.
In 1915, Einstein added the effects of gravitation (acceleration) to form the General Theory of Relativity.

In 1905, Albert Einstein determined that the laws of physics are identical for all non-accelerating observers, and that the speed of light in a vacuum is independent of the motion of all observers. This is referred to as the Special Theory of Relativity. It introduced a new framework for all of physics and proposed an interweaving of space and time into spacetime. A building block of his theory is that of mass-energy equivalence, defined by the most famous equation in physics, E=mc2.

In 1915, Einstein added the effects of gravitation (acceleration) to form the General Theory of Relativity.

Whilst working at the Swiss Patent Office in Bern, Einstein worked on his Ph.D. dissertation for the University of Zurich, which he submitted on April 30, 1905. This impressive work on “Molecular Dimensions” has been overshadowed because Einstein published some of the most important works in theoretical physics in the same year, which has been called Einstein’s “Annus Mirabilis” (miracle year). In an explosion of creativity, he published twenty reviews and four highly significant articles that year. Scans of some of these original papers can be found here. He submitted his first handwritten paper to the journal Annalen der Physik on March 17, 1905, which dealt with the nature of light. He sent the second article to the same journal on May 11, which discussed molecules. The third was submitted late in June and was entitled: “Zur Elektrodynamik bewegter Körper”. This paper presented the theory of special relativity, in which Einstein discussed the space-time interval relative to the speed of light. Almost as an afterthought, Einstein submitted a short paper (just 3 pages) to Annalen der Physik that year. “Ist die Trägheit eines Körpers von seinem Energieinhalt abhängig?” in which he argued that there is a relationship between mass and energy. He stated, “If a body releases the energy L in the form of radiation, its mass decreases by L/V2. He later simplified this to the most famous equation in physics E=mc2

Einstein’s theories were based on two postulates: a) The laws of physics are the same in all non-accelerating frames of reference and b) The speed of light in a vacuum is the same for all observers. Special Relativity corrects Newtonian mechanics to where speeds are close to the that of light. Still today, Special Relativity is the most accurate model of motion at any speed where gravity can be ignored. However, due to its simplicity, Newtonian mechanics are still useful as an approximation at low speeds compared to that of light.

Special Relativity predicts many startling phenomena, which have all been verified experimentally, such as length contraction, time dilation, relativistic mass, mass–energy equivalence, a universal speed limit and relativity of simultaneity.

A prime feature of Special Relativity is that time and space cannot be defined independently of each other, but are interwoven into a continuum called spacetime. Events that occur at the same time for one observer can occur at different times for another.

The General Theory of Relativity

“I was sitting in a chair in the patent office at Bern when all of a sudden a thought occurred to me, ‘If a person falls freely he will not feel his own weight.’ I was startled. This simple thought made a deep impression on me. It impelled me toward a theory of gravitation.” Einstein’s sudden insight made him realise that gravity and acceleration were identical. He published his initial findings in an article in the Jahrbuch der Radioaktivitiit und Elektronik in November of that year.

Einstein continued to work on the idea until 1915 when he explained the General Theory of Relativity, which stated in part that gravity was actually a warp in space-time. This meant that the warp around a massive object would bend light. He knew that the Sun was so large that it would bend the light of any star passing near it. The problem was that the brightness of the Sun precluded an observation unless a measurement could be taken during a solar eclipse when the Sun’s light would be blocked for a few minutes. This aspect of his theory was dramatically proven in 1919 when a measurement of a solar eclipse in South America and Africa proved that the gravity of the Sun really did bend the light of stars. 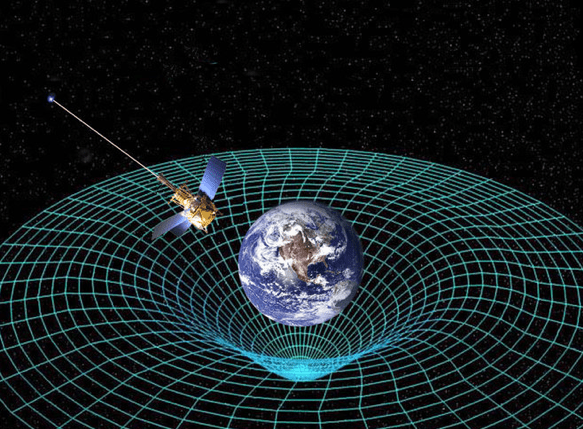 Einstein’s theory of general relativity predicted that the space-time around Earth would be not only warped but also twisted by the planet’s rotation. Gravity Probe B showed this to be correct. 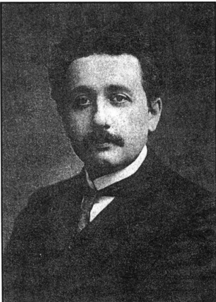 Albert Einstein lived in Switzerland for 19 years, from 1895 until 1914. Even though he became an American citizen in 1940, he retained ties to Switzerland and kept his Swiss passport all his life. Einstein spent his most productive years in Switzerland where he matured, received his advanced education, fell in love and married, made life-long friendships, formulated his most important ideas, and received his first academic position.