The computer programming language Pascal, was designed by Niklaus Wirth in 1968-69 while he was Professor of Informatics at the ETH in Zürich, Switzerland and was published in 1970. Pascal utlimately evolved to Oberon, the first version of which was created in 1986, as a successor to Modula-2, which had its roots in Pascal. 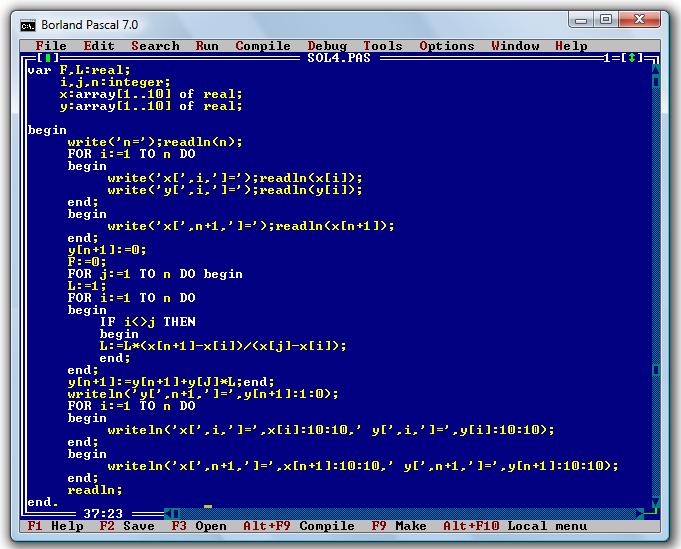 The computer programming language Pascal, was designed by Niklaus Wirth in 1968-69 while he was Professor of Informatics at the ETH in Zürich, Switzerland and was published in 1970. Pascal utlimately evolved to Oberon, the first version of which was created in 1986, as a successor to Modula-2, which had its roots in Pascal.

An important goal of the Pascal programming language was to teach good programming practices based on structured programming and data structuring. It was named after the French mathematician and philosopher Blaise Pascal.

Niklaus Emil Wirth, born in 1934 in Winterthur, Switzerland, is the Swiss computer scientist best known for inventing the programming language Pascal and its successors Modula-2 and Oberon. After getting his Ph.D. in Electrical Engineering and Compute Science in 1963 at the University of California in Berkely, he went on to become an assistant Professor of Computer Science before become Professor of Informatics at the ETH (Federal Technical University) in Zürich Switzerland. Pascal and its successor programming languages were the result of Niklaus Wirth’s work at the ETH. He received the ACM Turing award for the development of these programming languages in 1984 and was inducted as a fellow of the ACM in 1994.

Pascal is best known from the commercially successful TurboPascal by Borland which evolved to Delphi, which initiated a trend of powerful Integrated Development Environments (IDE) for software development. Other widely used versions of Pascal include UCSD Pascal (from the University of California, San Diego) and Waterloo Pascal (from the University of Waterloo in Canada). Pascal was also very popular among users of the Apple II computer family and became an important tool for programming on the early Mac.

Pascal and its successors followed a philosophy which involved:

Today, the programming language Oberon-7 is the standard bearer of the Pascal family of programming languages. Pascal was characterised by its philosophy of high level abstraction combined with a precise syntax definition which leads to efficient code. It has been enhanced to provide support for more modular programming (Modula-2) as well Type Extensions which is Oberon’s mechanism for object oriented programming.

Analogous to Moore’s law, which states that computing power doubles every 18 months, Wirth’s law, named after NIklaus Wirth, states that “Software is getting slower more rapidly than hardware becomes faster”. His philosophy of programming and programming languages were meant to prevent this.

Some quotes from Niklaus Wirth:

“But quality of work can be expected only through personal satisfaction, dedication and enjoyment. In our profession, precision and perfection are not a dispensible luxury, but a simple necessity.”

“But quality of work can be expected only through personal satisfaction, dedication and enjoyment. In our profession, precision and perfection are not a dispensible luxury, but a simple necessity.”

“Indeed, the woes of Software Engineering are not due to lack of tools, or proper management, but largely due to lack of sufficient technical competence.”

“Usually its users discover sooner or later that their program does not deliver all the desired results, or worse, that the results requested were not the ones really needed.”