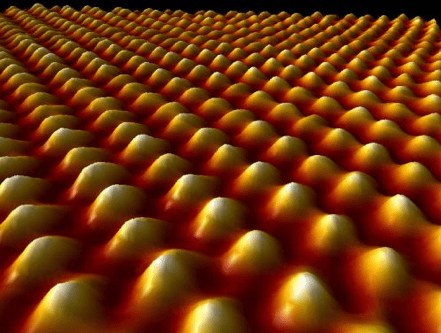 The Scanning Tunneling Microscope (STM) images material surfaces at the atomic level. It was developed by Gerd Binnig and Heinrich Rohrer at the IBM Research Laboratory in Rüschlikon, Zürich in 1981. They were awarded the Nobel Prize in Physics for this invention in 1986. For the STM to work, the measured sample must conduct electricity i.e. be a metal or semiconductor. The STM is particular useful for studies in the field of e.g. nanoelectronics.

The scanning tunneling microscope (STM) works by scanning a very sharp metal wire tip over the sample surface. By bringing the tip very close to the surface, and by applying an electrical voltage to the tip or sample, the surface can be imaged down to individual atoms. For an STM, good resolution is considered to be 0.1 nmof lateral and 0.01 nm of depth resolution. The STM relies on the quantum tunneling effect.

A feedback loop monitors the tunneling current and adjusts the tip to maintain a constant current. These adjustments are recorded by the computer and presented as an image in the STM software. Such a setup is called a constant current image. 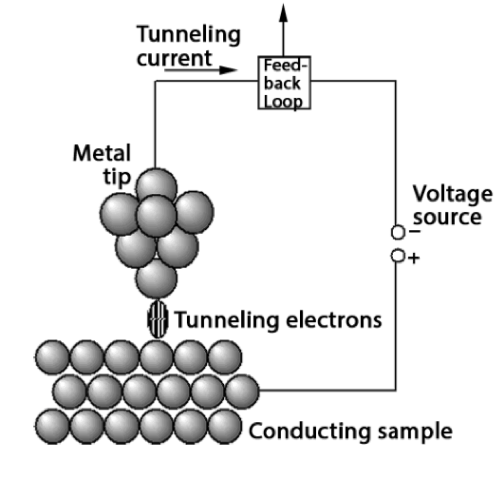 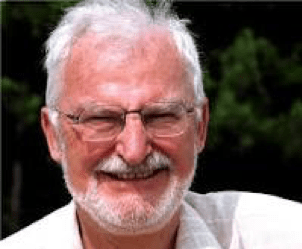 Heinrich Rohrer was educated at the ETH, Zürich and then did two years of postdoctoral research on superconductivity at Rutgers Universityin the USA. Rohrer subsequently returned to Switzerlandand in 1963 joined the IBM Research Laboratory, where he remained until his retirement in 1997.

Cookies are used to give you a good experience on this website. We subscribe to and implement "Contract for the Web" (https://contractfortheweb.org) by Tim Berners-Lee. No third party tracker cookies are used on this website and therefore your behaviour on our website is NOT shared with third parties. By continuing to use this site you agree to let us use our own cookies. You can deactivate the use of non-functional cookies for web analytics at any time here.OK